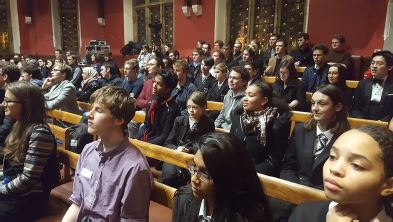 As part of our Gifted and Talented enrichment, 14 lucky Y10 students were selected to visit one of the world’s most prestigious academic establishments, Oxford University, as guests of the world famous Oxford Union. The Oxford Union is Oxford University’s ‘Debating Society’ and has an unparalleled reputation for hosting high profile guests from around the globe. It has the privilege of hosting world leaders in virtually every field from major politicians to Hollywood stars to the biggest names in sport. From Michael Jackson through to Mother Teresa and the Dalai Lama, the halls of the Oxford Union have been visited by the best and brightest that the world has to offer, and in the last week of November, our students joined those ranks! 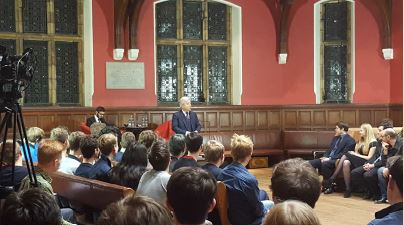 "When we arrived we watched a speech and an interview by the ‘The Speaker of the House of Commons’, Mr John Bercow. Despite being very ‘complex’ in his choice of vocabulary, he made some interesting points and told many fascinating anecdotes about his time in Parliament. "

Afterwards, the students took a tour of the union building, and managed to meet Mr Bercow and ask him some questions as well as posing for the obligatory smiling photograph. 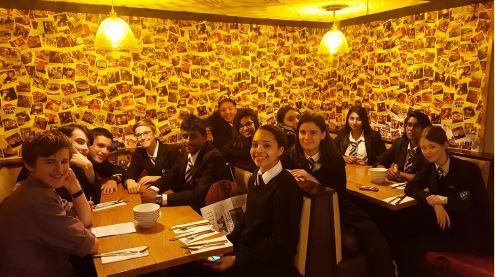 We then moved on to a quick dinner in Pizza Hut where we were joined by two lovely Oxford students. Our Year 10 students peppered them with questions about the subjects they were studying, the Oxbridge application process and life at the university.

We then journeyed back to The Union to hear a debate. Very few school groups have ever been offered the opportunity to attend a debate at the Union, as the privilege is usually only afforded to renowned speakers and card-carrying Union members that have attended the University. We are extremely grateful for the president of the Union, Noah Lachs, for reserving us tickets so that we could attend. The debate motion was ‘This house believes that the class system is static, irrespective of wealth acquisition’. In order to ensure that our students could access the debate, we split up into small groups and with the help of a couple of teachers and some Oxford students, we discussed the meaning of the debate and guessed at some of the arguments and ideas that would arise. 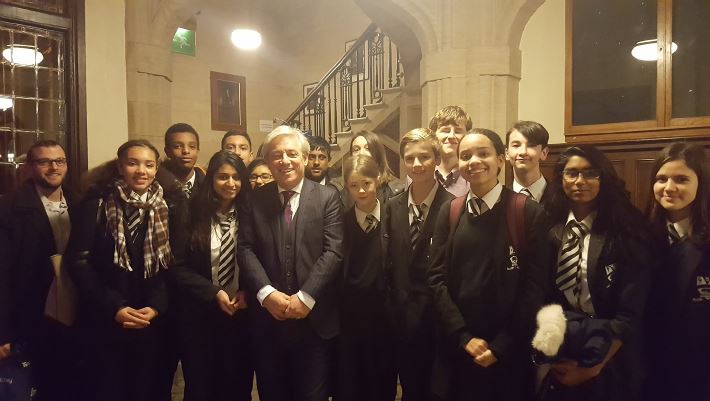 "The debate was amazing. I was able to keep up with it a lot easier than the previous talk and I have to say that it was very refreshing and eye-opening to have scholars and politicians discuss a topic that we had been talking about since the start of the year. My instinct was ‘NO!’ You don’t change who you are because you make money… or do you? If class is a man-made, social construct, we should be able to manipulate and change what we ourselves created. But can we?"

After the debate we rushed back to school for a well-earned rest after a very long, but fascinating, once-in-a-lifetime experience.

"It was an amazing experience and I am very grateful for being able to take part in it."

Our thanks go to Mr Marks and Ms Newman for making this trip possible. 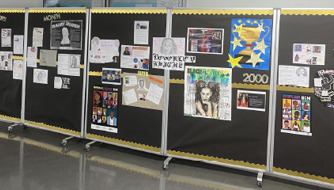 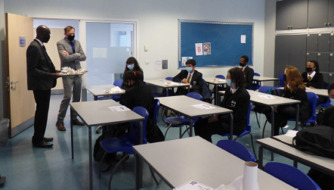