Every November, students at Whitmore take time to remember not only those who have lost their lives fighting for their country but all those who have been affected by war across the world.

During a history lesson in which Year 7 students watched a video about the last hours of World War I, students shared some very interesting accounts of their own families’ experiences in past wars.

One story in particular about a plane that crashed into a house in Malvern Avenue, Harrow, peaked the interest of  Soren, Daniel and 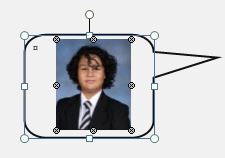 My father told me a story about a Spitfire airplane that crashed in 1942 into a house in Malvern Avenue. Luckily the pilot survived but the only thing that

was salvageable from the aircraft was the tip of one of the propellers. It is now on display at the RAF museum in Northolt. I was intrigued and wanted to find out more about this event, so Ms Maude
gave me and my friends a project to gather as much evidence as we could about the crash to include here.

The results of the historical research 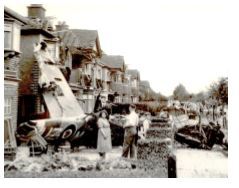 Through my research, I found out that the crash happened on a Wednesday 19th August, 1942. The plane was a Spitfire Vb from the RAF base in Northolt and the pilot was Sargent Stefan Czachla (22 years old). Amazingly, he survived the crash and went  on to live a long life, dying at the age of 76. According to the RAF archive report, the plane crashed during a training session as it had run out of fuel.

Sargent Stefan Czachla was part of the Polish Fighter Squadron no. 306 which was one of several Polish squadrons in the Royal Air Force (RAF) during the Second World War. It was formed as part of an agreement between the Polish Government in Exile and the United Kingdom in 1940.

Throughout its existence, the squadron’s crew drowned 59 enemy V1 flying bombs. It was disbanded in December 1946 after the end of World War II.

Peter Parker—The Spitfire crash in Malvern Avenue at seven o’clock in the morning on the 19th August 1942.

“As a young lad living in Rosebury Avenue, South Harrow, in the war, I was getting ready for school when I heard a crash, followed by a tearing of metal. I looked out of the front door and saw some of the streets kids running down the road to the alleyway at the bottom. I followed, then jumping across a Brook into Thisledean Avenue, and then into Malvern Avenue.

The scene that greeted me was one of devastation. Two blocks of four houses on one side of the road had their front upstairs bedroom bay windows ripped out by one of the spitfire’s wings. The other wing was severed off by street lights and telegraph poles as the pilot tried to land the plane in the street. I was later told that the Spitfire from Northolt’s 303 Polish Squadron was doing an early morning sweep over London, and was returning to Northolt and was on its landing approach about one & a half miles from the runway when it ran out of fuel.

I have very vivid memories of all the privet hedges in the front gardens laying flat, stripped of their bark and showing lots of white wood. Also, a pile of front garden gates and gate posts scooped up by the plane. The fuselage seemed to be intact, as was the pilot, who, sat on a brick wall at the junction with Field End Road and buried his head in his hands at the sight of devastation left in Malvern Avenue. The next day a crowd of a hundred people were there to see the wreckage of the Spitfire loaded onto a R.A.F. Transporter (known as a Queen Mary) and taken away. There was only one policeman to control the crowd that day and, as a young schoolboy, they gave me the chance to jump aboard the transporter to get a piece of the ‘Spit’ for a souvenir. However, as the vehicle picked up speed going towards the Eastcote Arms roundabout, I vigorously tried to bend a piece of aluminium back and forth but had to jump off, unfortunately without the prize.

The surviving piece of the crash 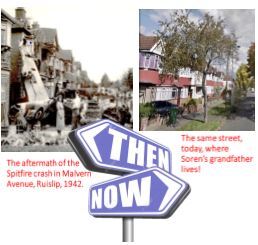 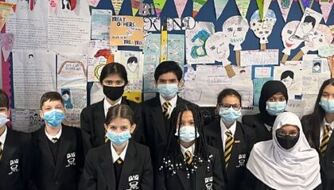 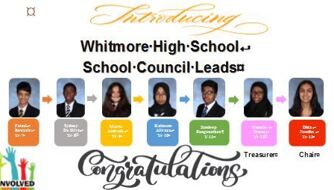