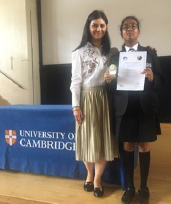 This year I was given the amazing opportunity of competing in the Spelling Bee Nationals 2019 at Cambridge University.

I was amazed I made it through the class level, which was the first stage in which we had to memorise fifty French words. Our teachers tested us by saying the words in English and we had to translate the words then spell as many words as possible in the time given, which was one minute. Three students with the highest scores in the class passed to the next level which was the school level, where we received fifty extra words (one hundred in total) to learn. When I became one of the two students who passed I was astounded – but little did I know that there were harder challenges on my way…Later, I discovered that I was to be participating in the French Regionals on the 25th of March - in a week’s time! That left me with just a week to learn the additional fifty words (one hundred and fifty in total) and I was extremely apprehensive. Again, I felt very surprised yet relieved when I came 2nd in all of the South East Region. However, my relief was not long-lived because the upcoming French Nationals made me anxious and I had a few months (the National was to commence on the 1st of July) to practise my list of two hundred expressions. Time 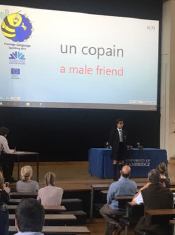 appeared to fly by and soon I was standing in front of the ginormous university, very doubtful of my chances of passing. To say I was awestruck when they awarded me the 3rd in the whole of the UK would be an understatement—although I did feel a little sad that I would no longer experience the excitement and nervousness of the competition, now that it had concluded.

Even now, I miss both not having to spend my lunches with Mrs Bali, who supported and encouraged me a number of times, and getting tested by the friendly students who spent their breaks with Mrs Bali. I would never have succeeded without Mrs Bali, my parents, or my friends.

Whilst the competition continued, I enjoyed the chance of gaining extra knowledge of French—my vocabulary expanded immensely and I also found French lessons exceedingly easy because of the Spelling Bee.

Overall, I believe that the Spelling Bee is a great opportunity and it was a really enjoyable competition. 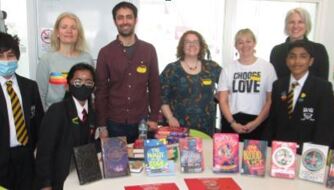 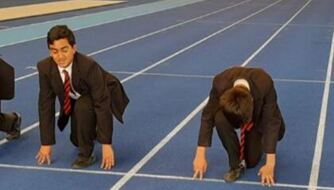